“Kikuho” is the name of a mascot character created with the theme of “listening”, which JRCS places emphasis on.
As great importance has been placed on children being able to listen to the stories of adults and friends around them, it was decided to use the name of the character for the day care center.
It’s really exciting thinking about how much fun it will be planning events such as the decoration of the room and teaching the importance of carefully listening to stories.

The nursery was opened in 2008. The original name “Sea Otter Land” had the intention of supporting all of the employees’ children with warmth, as the sea otter whose name was used for the center does with its offspring. It has been used by approximately 50 employees so far, achieving a 100% return rate from parental leave. 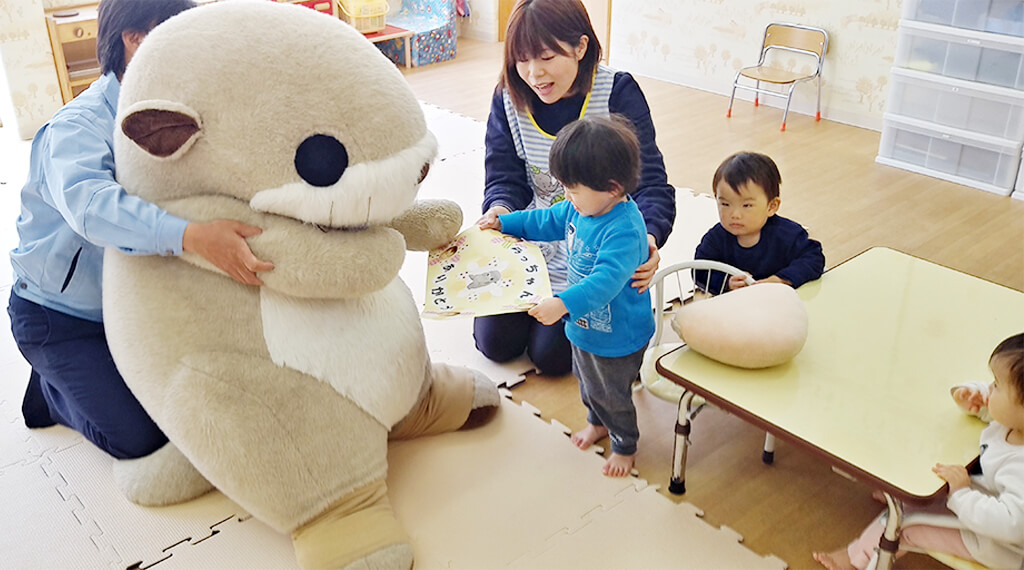 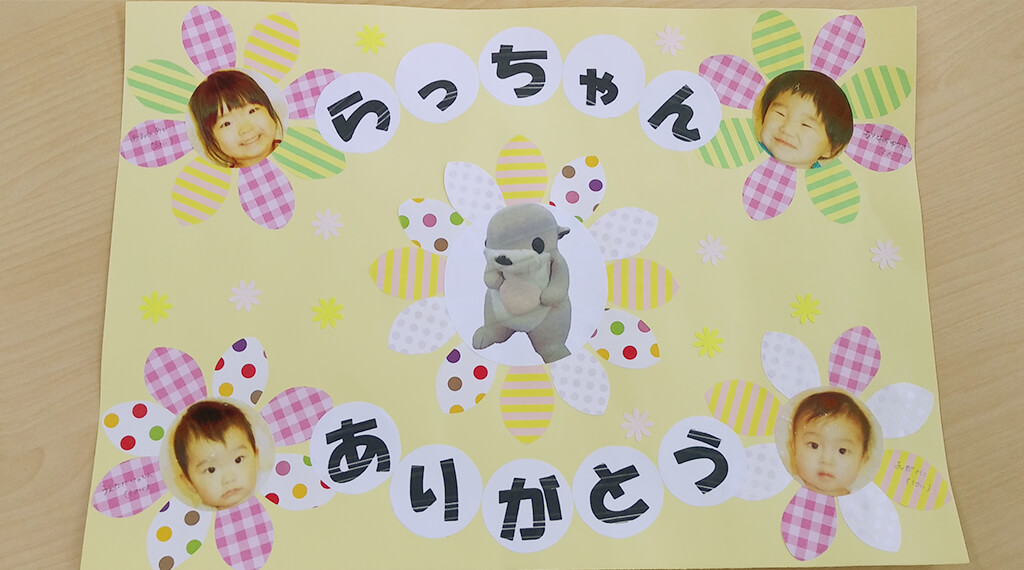 The children handed over a letter of thanks 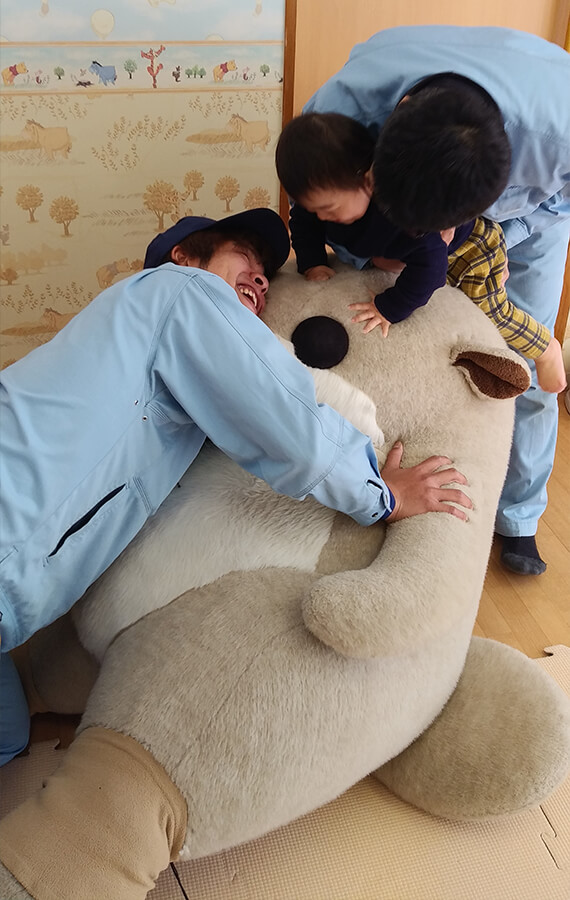 You were climbed on so many times…. 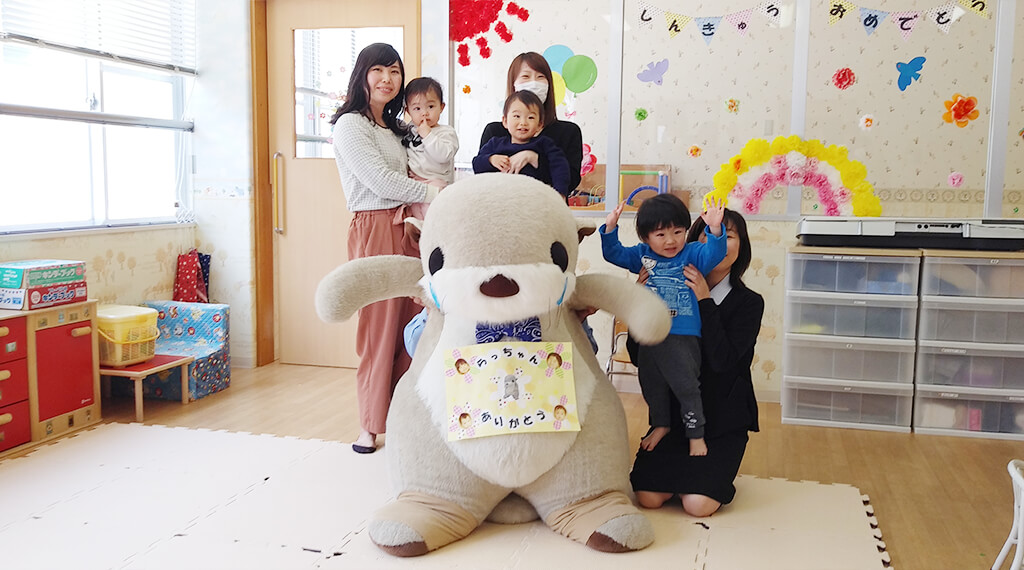 Bye, bye from now on we’ll play together 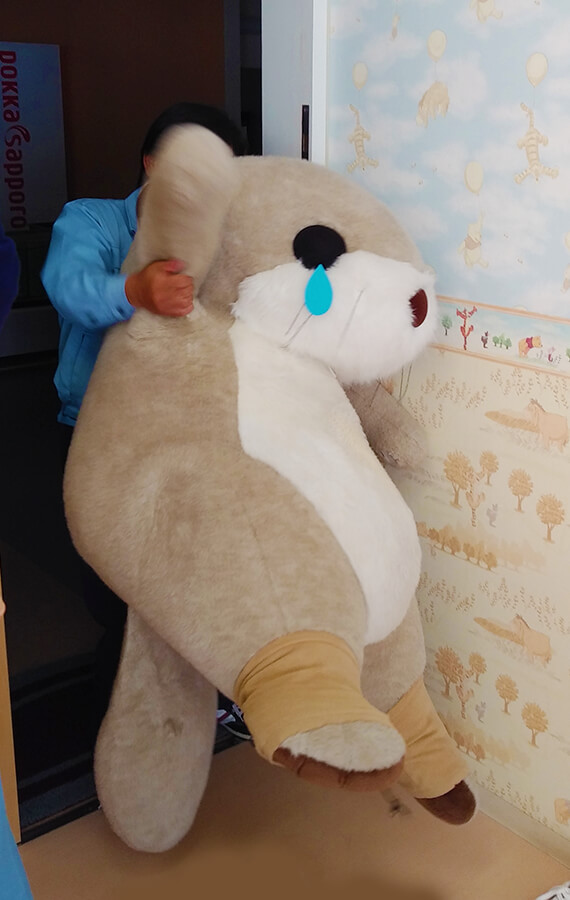