Kikuho becomes mobile and “steps out” at the Employees Sports Meeting!

On May 25 (Saturday), the employee’s family sports competition was held at the Shimonoseki City Youth House Grounds.
On a day when the whole of Japan was covered by a high pressure, the heat was as severe as a summer’s day.

Competitions were held while taking care against heatstroke by having many breaks while enjoying the side stalls.
The day also saw the unveiling of Kikuho, our character promoting the concept of listening.
With the support staff only having finished half of the preparations the MC began to tell the crowd that Kikuho was about to appear! Then the panel that Kikuho had been hiding behind fell to the ground, but the applause and wide smiles from employees and family members resulted in a successful appearance! 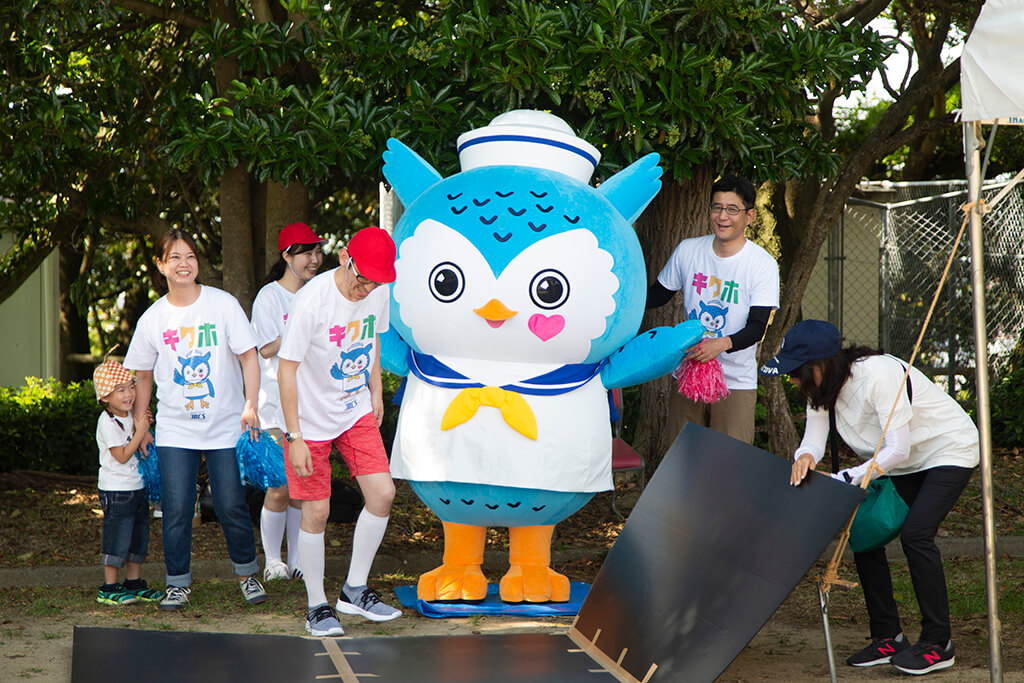 The standing panel falls and there is Kikuho! 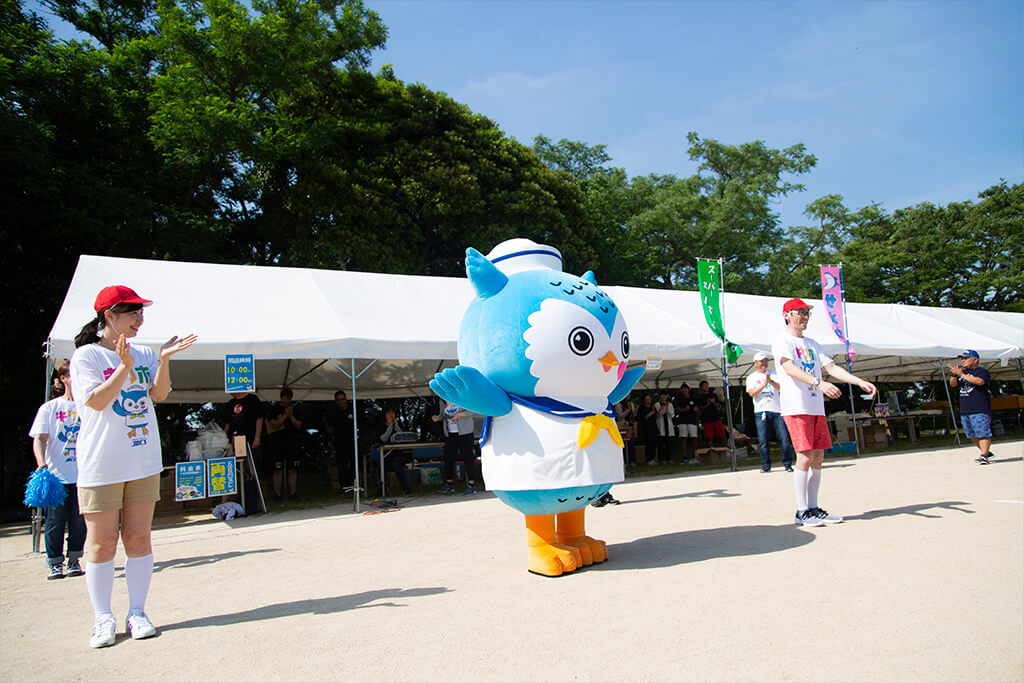 The first song and dance 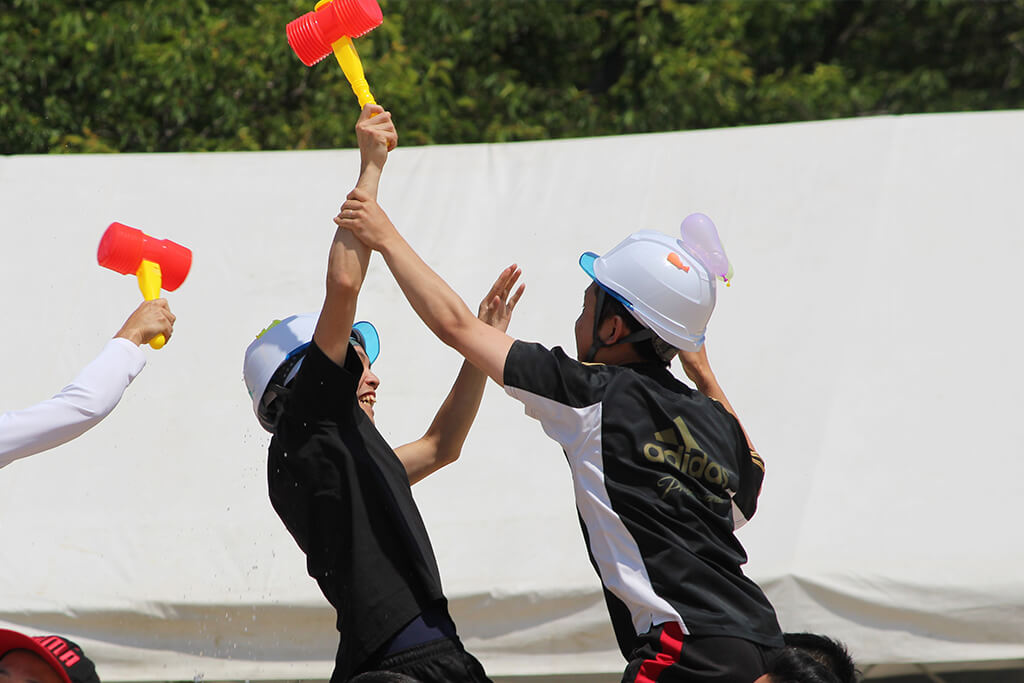 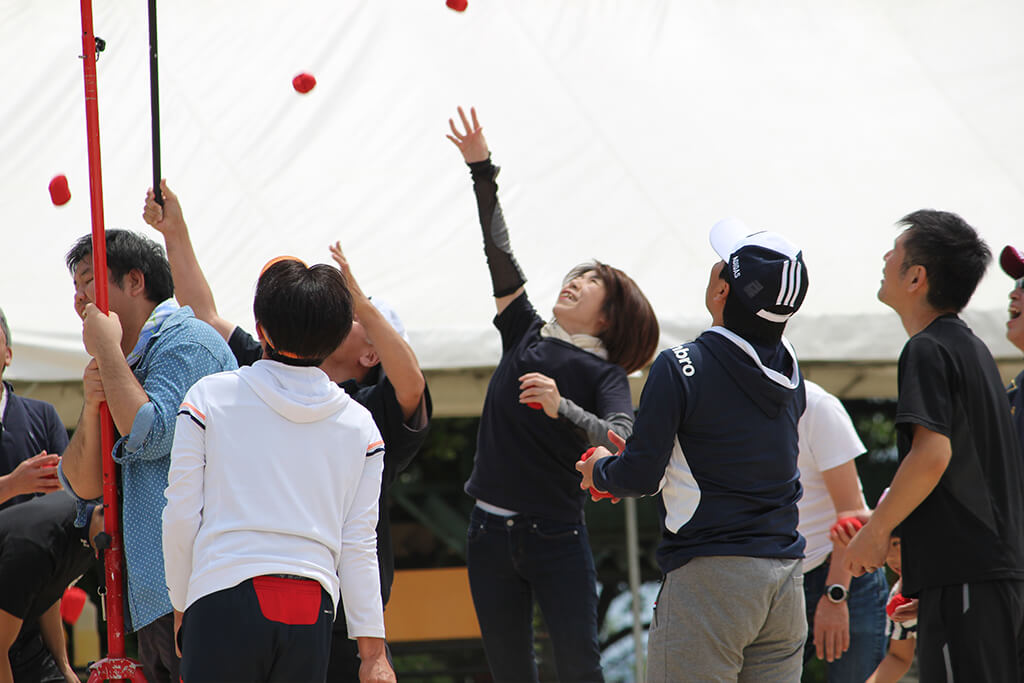 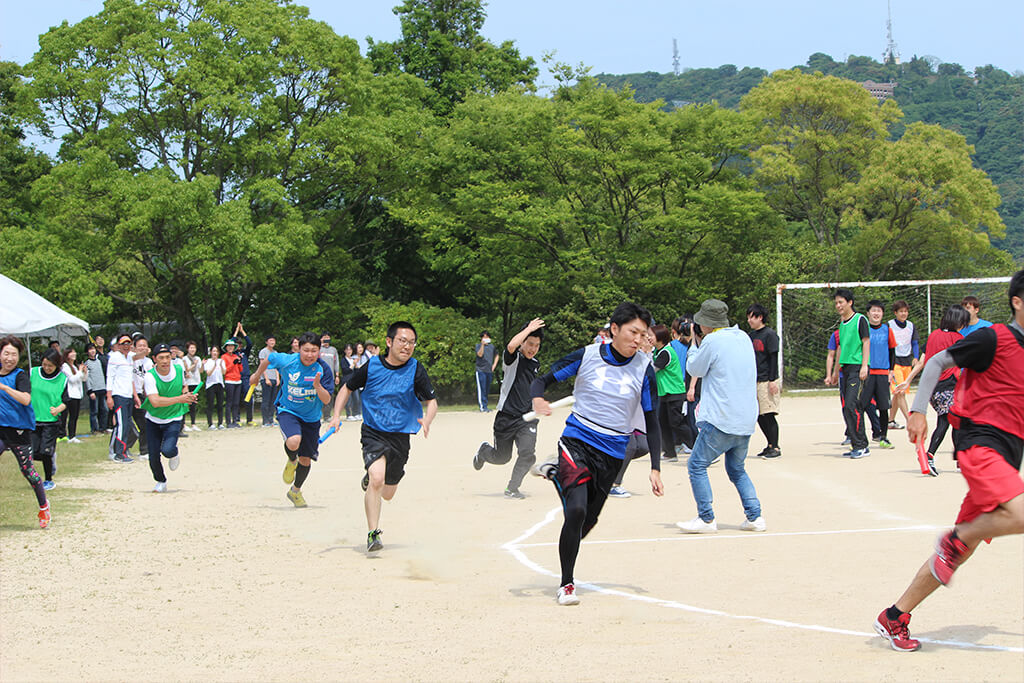 Team relay in the burning heat