We have been awarded the “Yamaguchi Prefectural Governor Prize” for our promotion of the research and development of the “Electronic Auscultation System”.

An electronic stethoscope, which is the resulting hardware of the developed auscultation system converts vibrations into electric signals. With the utilization and application of piezoelectric film, which is compatible with the audible parts of the human body, the weak signals generated by the body become audible on even commercially available earphones without any interference from ambient noise. Also, we have developed analysis software that can output data and via Bluetooth save that data to a PC etc.

In the award ceremony held on September 10 (Monday), Tatsunari Muraoka, the Governor of Yamaguchi Prefecture declared “This can help to provide medical services in depopulated and mountainous areas”. Having received various encouraging comments, we are now looking forward to future business development.

The electronic auscultation system is scheduled to begin sample sales from October 2018. 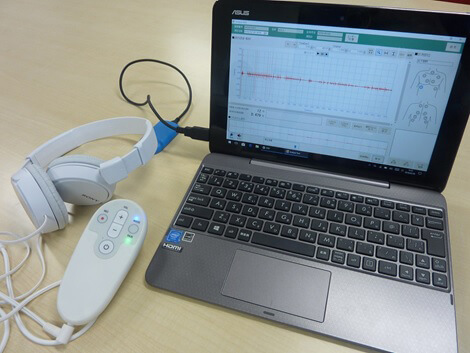 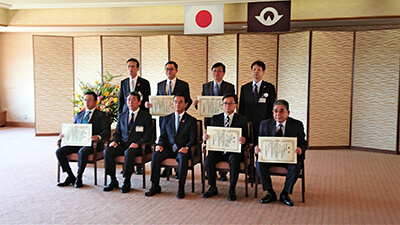 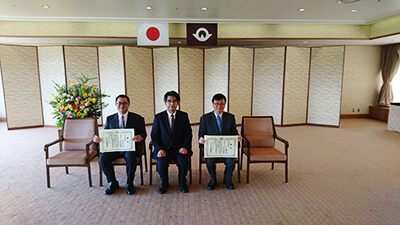 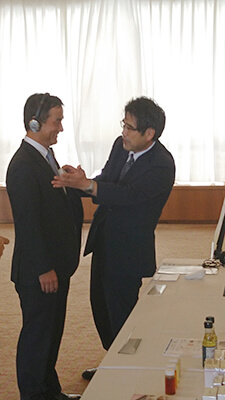 Listening to the Governor’s heart