“JPES – 01” adopts its own proprietary organic piezoelectric film called “Flezo Film” for the audio component. Vibration can be converted to electricity and has good compatibility with a living body, so the heart beat and the sound of breathing can be heard without interference from ambient noise.

Auscultation can be clearly achieved with commercially available headphones, recording and playing on a PC or mobile terminal can be performed by voice output via a stereo mini-jack or communication via Bluetooth, and versatility high enough to cooperate with various analysis software is also featured.

During the design, 100 nurses were consulted resulting in a stethoscope which feels familiar to the hands and is easy to operate. In the future, as on-line medical treatment becomes more commonplace, nurses will be able to make simple judgements while receiving instructions from doctors remotely. 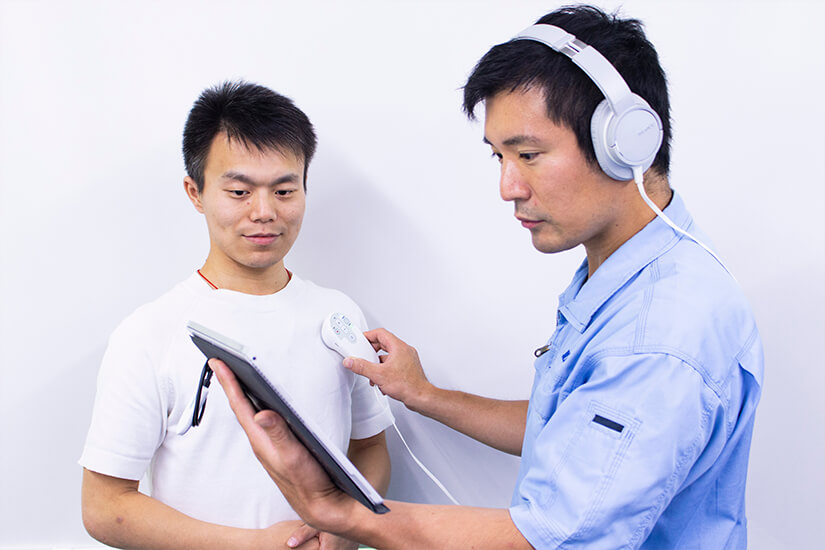 An image of the unit being used